Menu
Log in
Register
Install the app
You are using an out of date browser. It may not display this or other websites correctly.
You should upgrade or use an alternative browser.

Combining two review markings into one 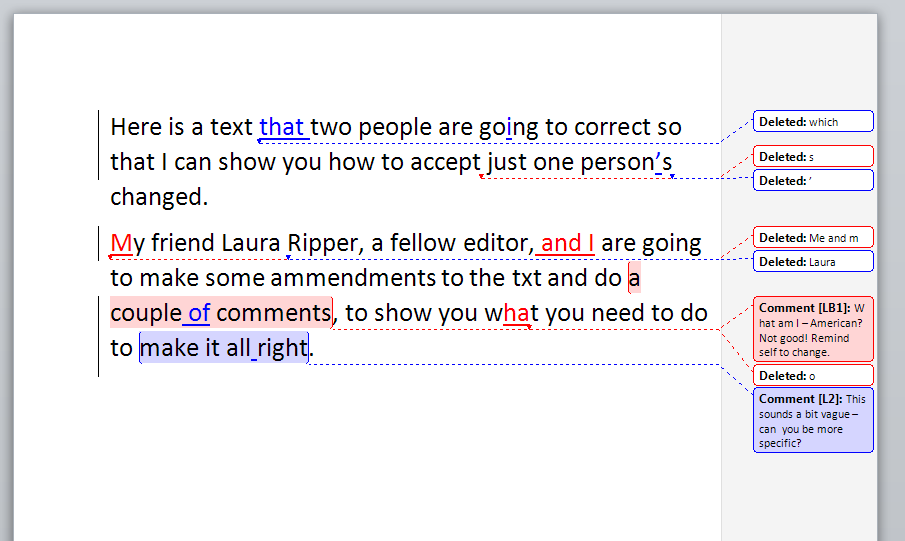 Could it be done?
Ad

That's not how Word works. To get such a result, you'd have to accept or reject both revisions (as applicable) then add a new one that combines whatever you want from both. Doing that could be a nightmare once you have one reviewer changing another reviewer's suggestion.

Want to reply to this thread or ask your own question?

You'll need to choose a username for the site, which only take a couple of moments. After that, you can post your question and our members will help you out.